Day 1. Lake Manyara.
Depart Arusha in the morning for Lake Manyara, arrive by lunch time. Afternoon game drive. Dinner and overnight at campsite.
Lake Manyara is also renown for its tree-climbing lions which spend most of the day spread out along the branches of acacia trees six to seven metres above the ground. The park contains the most pachyderms per km sq. in Tanzania. As visitors enter the gate, they pass into the lush forest, home to troops of baboons and blue monkeys. Buffalo and hippo lurch in the adjacent Hippo Pool. The vegetation eventually merges into flat topped acacia woodland where, in the heat of the day entire prides of lion can be seen stretched on the branches of these trees – a habit prevalent to Manyara lions.

Day 2. Ngorongoro crater.
After early breakfast depart for Ngorongoro crater, arriving in time for lunch. Afternoon game drive on the floor of the crater. Dinner and overnight at campsite.
Ngorongoro’s caldera shelters the most beautiful wildlife haven on earth. The rich pasture and permanent water of the Crater floor supports a resident population of some 20,000 to 25,000 large mammals. They are not confined by the Crater walls, and can leave freely; they stay because conditions are favourable. Since most of the Crater floor is grassland, grazing animals predominate: gnu, zebra, gazelles, buffalo, eland and kongoni (Coke’s hartebeest) and warthogs.
The swamp and forest provide additional resources for hippos, some of Tanzania’s last remaining black rhinos, giant-tusked elephants, waterbucks, reedbucks and bushbucks, baboons and vervets. The steep inner slopes provide a habitat for dikdiks and the rare mountain reedbuck. Towering euphorbias cling to the crater walls and on the floor, Fever tree and Fig tree forests give shade to an awe-inspiring array of creatures. All these animals in turn support large predators such as Lion and Leopard, and scavengers such as Hyena and Jackals.
For the best viewing and photography, approach the animals slowly and quietly and stay on the official tracks.

Day 3. Tarangire National Park.
After breakfast drive to Tarangire. Afternoon game drive in search of wildlife, meals and overnight at our campsite.
The park owes its name to Tarangire River, which flows across the area. It is characterized by dense vegetation of acacia and mixed woodland, the area around Tarangire River however, is dominated by huge baobab trees and old doum palm trees to a lesser prominence, as well as black cotton grass. Though it is not as famous as other parks in the north, Tarangire offers the same attractions as other parks in the north. Its unique aspect is the annual animal immigration that takes place during the dry season.

Day 4. Arusha.
After breakfast enjoy a morning walking Safari just at the park border, then depart for Arusha.

Tour Cost Includes:
-Guarantee price/guarantee safari on confirmation
-Ground transport whilst on safari in a comfortable 4×4 safari Land cruiser/Rover
-Accommodation in tents on public camp sites
-All park entrance fees to include government taxes
-Service of an English speaking professional driver/guide
-All game drives as detailed in the itinerary
-Crater tour services
-Complementary bottled water whilst on safari

Tour Cost excludes:
-Tips
-Laundry
-Beverages/Drinks
-International flights
-Visas
-Items of personal nature
-Any other extras not detailed in the above itinerary 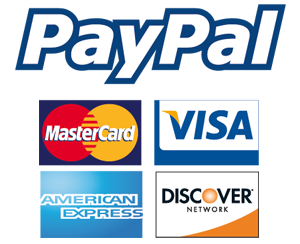